Longhu Mountain, located 20 km southwest of Yingtan City, Jiangxi Province. In the middle of the Eastern Han Dynasty, Zhang Daoling, founder of Zhengyi, once made the pill here. It is said that "the Dancheng and the dragon and tiger are present, so the mountain is named. It is the Eighth World Natural Heritage site in China, including World Geopark, national natural and cultural heritage site, national AAAAA level tourist attraction and national key cultural relics protection unit. Longhu Mountain is called "Danxia fairyland", and the main scenic areas include Shangqing palace scenic area, Tianshi mansion scenic area, Longhu Mountain scenic spot, Xianyan Shuiyan scenic area, rock tomb group scenic area, xiangnose mountain Paiya stone scenic spot and Dufeng Mazu rock scenic spot. Longhu Mountain belongs to Danxia landform developed to the old age. The mountain block is discrete and is in the form of peak forest. The terrain height difference is relatively small, and the maximum is only about 240 meters. Therefore, it is generally beautiful and colorful. 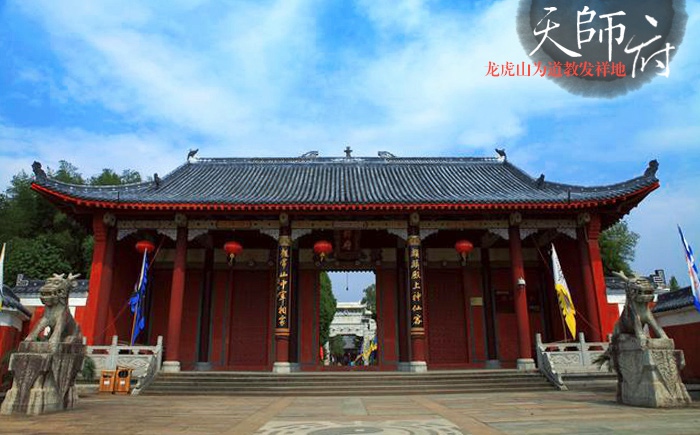 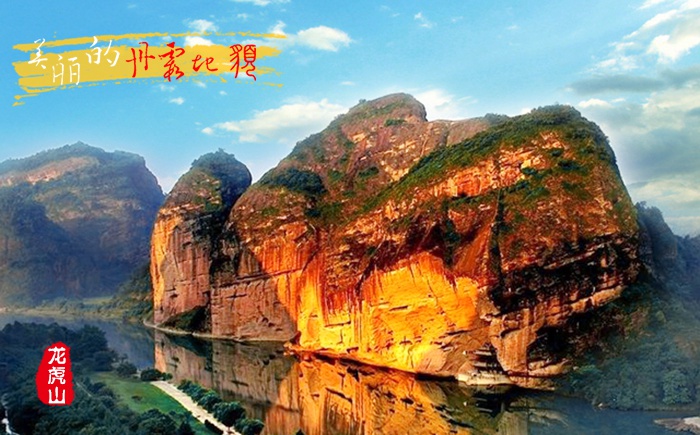 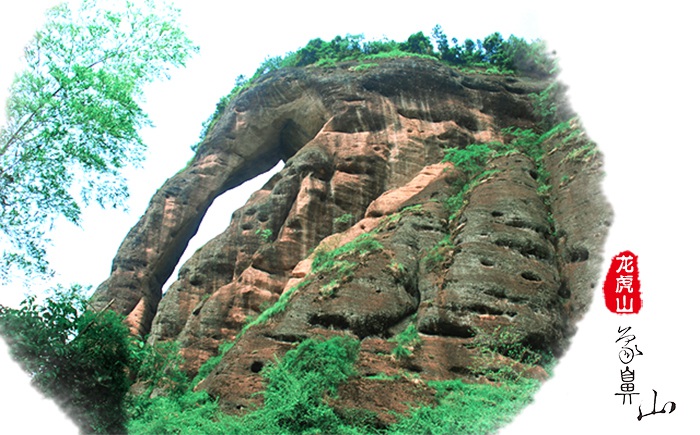 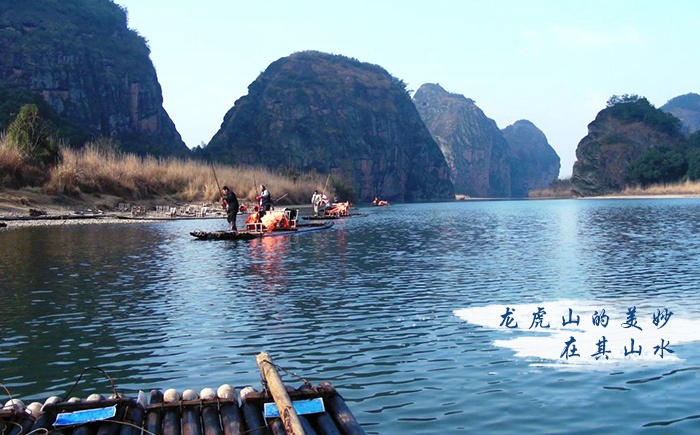 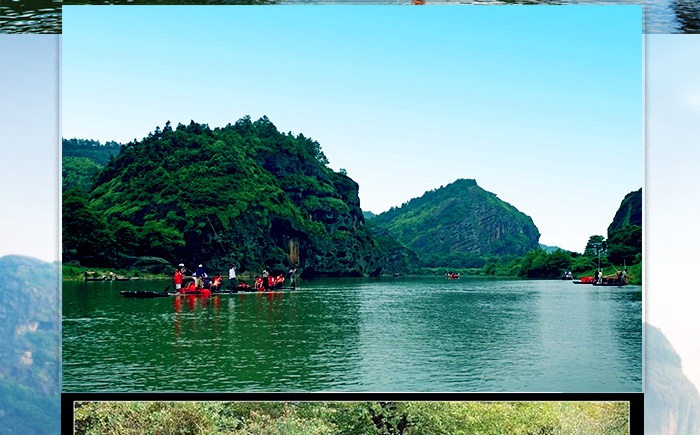 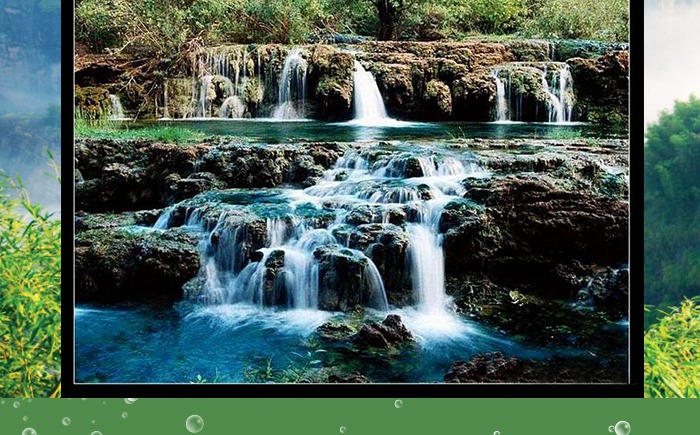 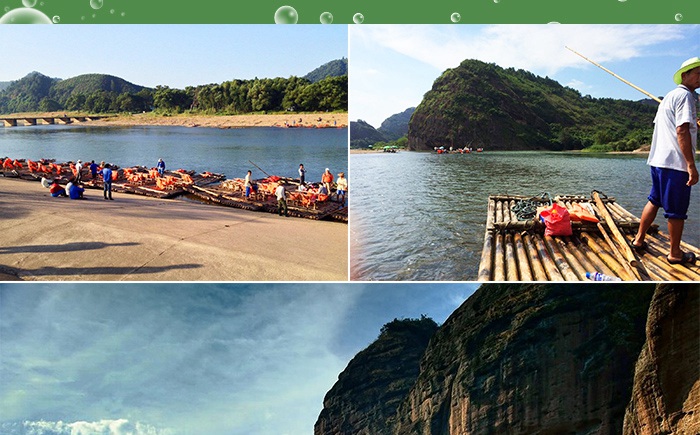 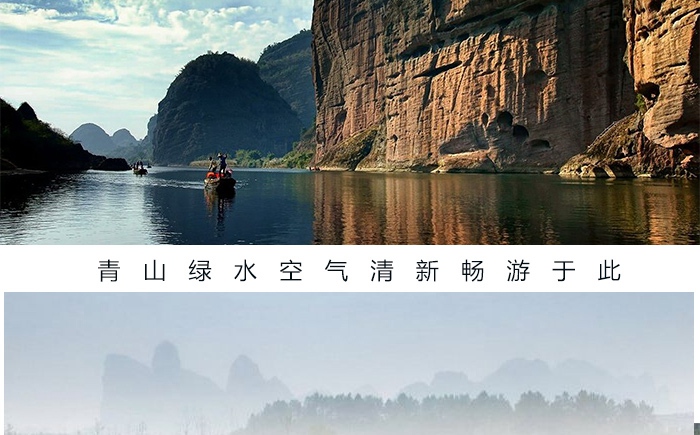 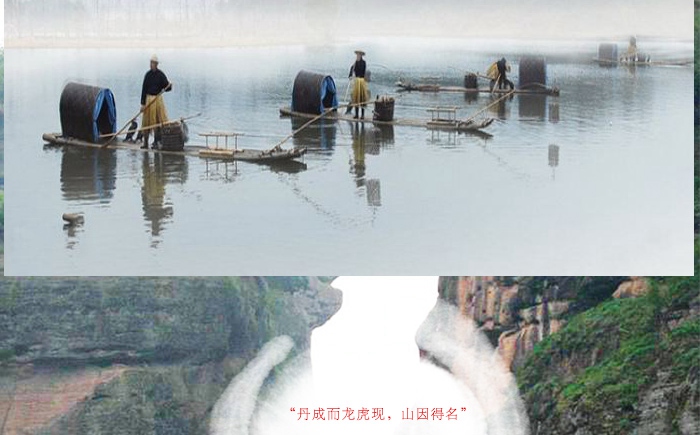 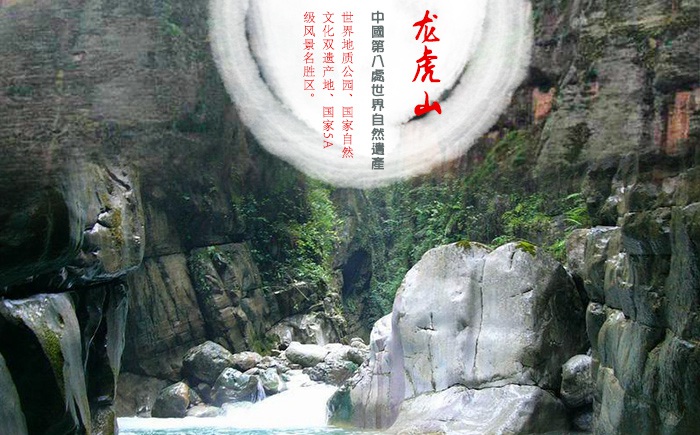 Yingtan Longhu Mountain is located in Yingtan City, Jiangxi Province, 20 kilometers away from Yingtan City. National AAAAA scenic area. It is the birthplace of Taoism in China and a national key scenic spot. It joined the World Geopark network in 2007. Longhushan is a project of China's Danxia [combination of six scenic spots including Longhushan (including Guifeng)] recommended by China to UNESCO World Natural Heritage Center in 2009 with the approval of the State Council. It is the only World Heritage Application Project in China in 2010. In 2009, Longhushan was shortlisted for the gold medal of "the most favorite scenic spot of Chinese college students". 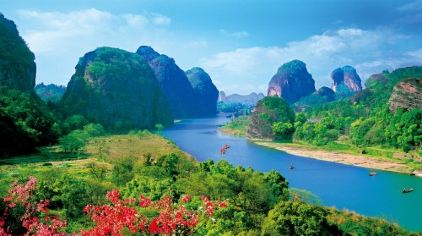 The dragon and Tiger Mountain in Yingtan is the "ancestral court" of the Zhengyi sect of Taoism. In the history of Chinese Taoism, it has a great influence and position of connecting the past with the future. Longhu Mountain, formerly known as Yunjin mountain, is a beautiful mountain in the south of the Yangtze River. The peaks here stretch for tens of miles, caused by the westward movement of a branch of Xiangshan (Yingtian mountain). It is said that ninety nine dragons gather here. The mountain is like a dragon plate, like a tiger. The dragon and the tiger fight for supremacy; The shangqingxi River drifts in from the East. It moves slowly along the mountain and turns around the peak. It looks like taking a rest and loving the scenery. It is white when crossing the beach and green when meeting the pool. It is quiet and elegant, or meditative. Ninety nine peaks and twenty-four rocks are the most flexible water sources. The streams around the mountains and peaks are full of the masculinity of ninety-nine dragons. The mountains and rivers are green and full of spirituality. Soon after, the beautiful water of Lingshan mountain was attracted by the gods, and two cranes were sent to guide Zhang Daoling and his disciples to go in and out of the mountain, alchemy and Taoism. The mountain god, dragon and tiger appear to replace Yunjin. Since then, the dragon and tiger mountain, with its clear water and Danshan mountains, has become one of the most beautiful Taoist cultures. It can be described as a famous Taoist mountain and is known as a Taoist fairyland. 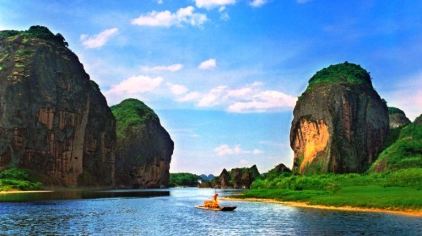 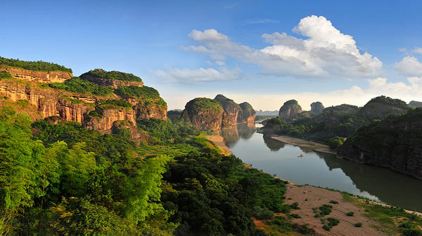 In addition, Yingtian Xiangshan Academy in Yingtan Longhu Mountain scenic area is the birthplace of the school of "insight mind" in ancient Chinese philosophy; Mazuyan in jinlongfeng is one of the most important Chan masters in the history of Zen Buddhism; The cliff tombs in xianshuiyan are a wonder in the history of Chinese burial custom“ "Fairy flower now" is the first unique scenery of Taoism and the world, and so on《 Longhu Mountain records? According to Yiwen, "the dragon and Tiger Mountain in Yingtan has a history of Wei, Jin, Tang and Song dynasties. It is praised and revered in the dynasties, such as the victory of mountains and rivers, the beauty of palaces, the complexity of characters, the difference of immortals, the God of Taoism and the manifestation of nobility and prestige. In the past, it has been more than a thousand years since the poems and the stones were hung down The rich Taoist cultural heritage accumulated in Yingtan Longhu Mountain for thousands of years, its prominent ancestral position in the history of Taoism in China, and its contribution to the development of Taoism in China are regarded as "the first mountain of Taoism" by people, which also has a very important position in the history of world religion. Most Danxia Landforms in China are characterized by majestic and precipitous topography due to the relatively large elevation difference. The Yingtan Longhu Mountain belongs to Danxia landform, which is developed to the old age. The mountain blocks are discrete and in peak forest shape. The terrain height difference is relatively small, and the maximum is only about 240 meters, so it is generally beautiful and colorful. The Danxia landform types of Longhushan are also relatively diverse, which are concentrated in the area of about 40 square kilometers of Longhushan and xianshuiyan scenic spots. There is also Luxi River in the scenic area, which connects the landscape of Danya landform on both sides, and also has the characteristics of Bishui Danya.